Guterres: The climate conference in Egypt is a fundamental opportunity for Africa and our world 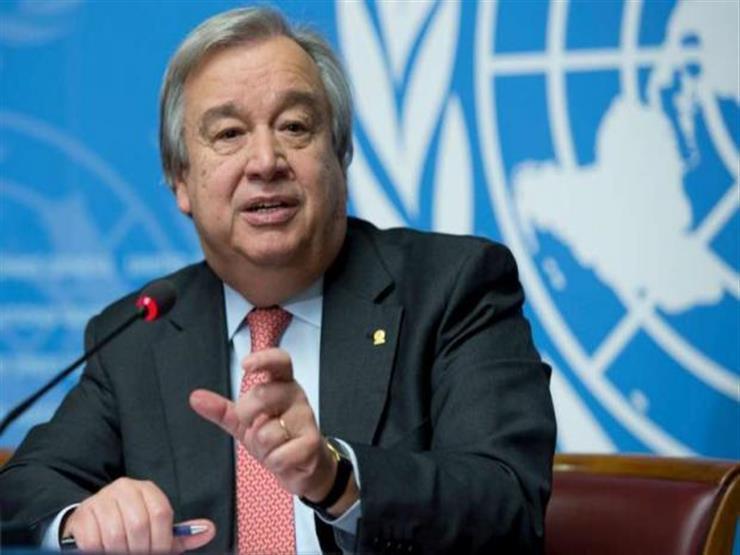 United Nations Secretary-General António Guterres said that the Conference of States Parties to the United Nations Framework Convention on Climate Change (COP27), to be held in Egypt, is a fundamental opportunity for Africa and our world.

In a videotaped speech to the thirty-fifth session of the African Union Heads of State and Government, currently taking place in Addis Ababa, the Secretary-General added that “our planet will rapidly pass the 1.5°C threshold if all major economies do not impose sharp reductions in emissions during the current decade.” We are in an emergency situation and we need to combine all efforts, and the COP27 Conference in Egypt will be a fundamental opportunity for Africa and our world.”

Guterres is represented in the Ethiopian capital by his deputy, Amina Mohamed, who held talks with leaders of African Union governments focused on the urgent need for peace, security, inclusion, climate action and good governance as imperatives for sustainable economic development in Africa.

The vast continent contributes only 3 percent of global greenhouse gas emissions, but the brunt of the worst effects of climate change are felt there (in Africa).

“To address today’s tragic reality, we need a fundamental boost on the financing needed to adapt to and mitigate the effects of climate change on the continent,” Guterres said.

He stressed the need to honor the commitment made at the recent climate conference in Glasgow to double the $20 billion in funding for adaptation.

He called on wealthier countries to honor the $100 billion climate finance commitment to developing countries, starting this year, and to hold to account the private sector partners who also made pledges.

The Secretary-General described the cooperation between the United Nations and the African Union as “stronger than ever”, as the 2030 Agenda for Sustainable Development and Agenda 2063 (Africa’s blueprint for a peaceful, integrated and more prosperous continent) are key pillars.

He said that “injustice is rooted in global systems,” noting that it is Africans who “pay the heavy price,” noting that the vaccination rate in high-income countries is seven times higher than in Africa, saying that “the bankrupt global financial system Morally, he has abandoned the countries of the South.”

Guterres noted that tens of millions of people have been displaced across the continent and democratic institutions are at risk.

The Secretary-General reviewed the United Nations’ support to ignite the “four drivers of recovery”, which are the need to vaccinate everyone, financial reform, green recovery and peace.

Highlighting the African Vaccine Acquisition Task Force and the benefits that increased vaccine production would generate in South Africa and other African countries, he went on, “I urge you to create conditions for African countries that are able to produce tests, vaccines and treatments, including by addressing intellectual property issues and providing technology and financing.

With regard to financial reform, Guterres said that member states need to activate the engine of economic recovery through reforming the global financial system. “Sub-Saharan Africa faces cumulative economic growth per capita over the next five years that is 75% lower than the rest of the world,” Guterres said.

He called for redirecting the Special Drawing Rights – one of the reserve currency assets created by the International Monetary Fund – to countries that need support now, reform of the international debt structure, and more concessional forms of financing.

In conclusion, the UN Secretary-General said that peace across the continent can also act as an engine for recovery.

In countries across multiple ethnicities, religions and cultures across Africa, Guterres believes that an organization like the African Union “aims to show how people can coexist – and even thrive – by working together”. Member states should make it a reality through good governance.

Guterres added that African youth, in particular, need more internet connectivity for the purpose of accessing information, and benefiting from better education and jobs.

Human Rights Watch: Due to the Israeli blockade, poverty is rampant in Gaza at record rates