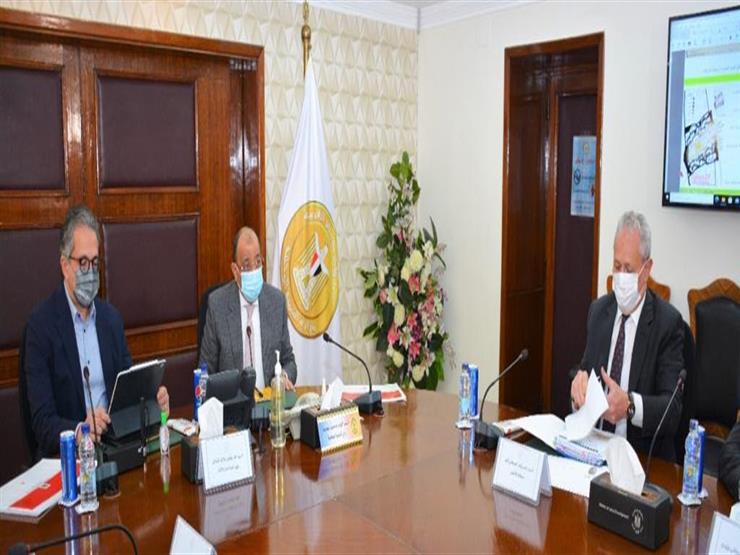 For his part, Major General Mahmoud Shaarawy said that the meeting comes in implementation of the Prime Minister’s directives to the Ministries of Local Development and Tourism and Antiquities to study a number of proposals and plans for the development and revitalization of the historic city of Esna in Luxor in preparation for presentation to the Prime Minister to start implementing them during the next few days.

The Minister of Local Development stressed the government’s interest in improving the standard of living for the residents of that area and developing the infrastructure and basic for them to raise the efficiency of the Esna region in full, and “Sharawy” pointed to the ministry’s support for the local community in that area and the help of citizens who own handicrafts and heritage, which they are characterized by, to contribute to providing opportunities A sustainable business for them and an increase in their monthly income after the process of developing and revitalizing that area and preserving those crafts from extinction.

Major General Mahmoud Shaarawy also pointed out the importance of time to finalize all the proposals for the city of Esna to be presented to the Prime Minister during the next few days, noting that the development and upgrading of Esna comes as a continuation of the major projects implemented by the state recently in Luxor Governorate to restore its position as a tourist and archaeological destination for visitors from different countries of the world.

For his part, Dr. Khaled El-Anany stressed the importance of the city of Esna and its distinct tourist components, which make it an important station on the map of cultural tourism, especially with regard to Nile cruises between the governorates of Luxor and Aswan. Reviving and opening new tourist attractions and reviving cultural tourism there, which works to activate the incoming tourist movement, raise tourism and archaeological awareness and create new job opportunities for the people of the city, noting that attention is not only to the archeology but to the people of Esna and the advancement of the city as a whole, which comes within the framework of strategic goals. The Ministry for Sustainable Development to preserve the cultural and archaeological heritage of the country, raise the competitiveness of the Egyptian tourist destination, enhance community participation, raise the efficiency of human resources, organize programs to raise tourism and archaeological awareness for groups dealing directly with tourists, and integrate and involve local communities surrounding archaeological and tourist areas in the sustainable development process.

Dr. Khaled Al-Anani added that last August, the Al-Jeddawi Archaeological Agency was inaugurated after the completion of its restoration and development project funded by the United States Agency for International Development (USAID), and the Supreme Council of Antiquities is implementing the works of the Esna Temple restoration project and showing its original colors.

The meeting witnessed the discussion of a number of proposals and plans for the development and revitalization of the city of Esna for tourism and a review of previous studies for development that had been prepared during the last period within the projects implemented by the state in archaeological areas, especially since the city includes archaeological landmarks from different historical eras, which qualifies it to become an open museum. For visitors in addition to the traditional markets and their traditional and popular products.

Counselor Mustafa also presented the inspiration for the efforts made by Luxor Governorate to develop the city during the previous period, especially the procedures for expropriation, improving infrastructure works and developing the market.

It is worth mentioning that the city of Esna includes the Esna Tourist Market, which ends with the Al-Jeddawi Agency, which was established in the era of Muhammad Ali Pasha, and in front of it is the Khanum temple, and to the left of the market is the Al-Kithariya commercial market. In Upper Egypt, in terms of design, the area also includes about 30 houses as models for houses with a distinguished Islamic architectural style, in addition to the presence of a large number of minarets, the most important of which is the minaret of the Omari Mosque, which represents a civilized sequence that includes all civilizations.

Artistic murals to revive alleys in the capital, Baghdad