In preparation for re-cultivation after its abandonment.. Qalyubia Governor inspects the lands of Alexandria Road 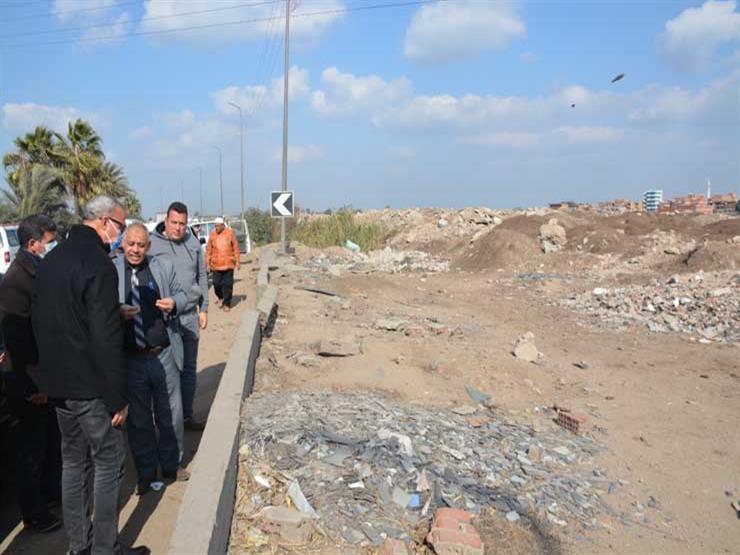 Abdel-Hamid El-Hagan, Governor of Qalyubia, conducted an inspection tour on the “Cairo-Alexandria” agricultural road, within the cities of Banha and Toukh, in order to inspect the agricultural lands that were abandoned or occupied in non-agricultural activities.

32 cases were counted, while a campaign is being prepared in coordination with the Qalyubia Security Directorate to remove them immediately and replant them again.

During the tour, the governor confirmed that minutes were issued for the violators and they were obligated to raise the bribery in it at their expense, and obliged them to plant it again and return it to normal, also calling for the removal of existing occupancy, whether it is car showrooms, scrap stores or any other non-agricultural activities, stressing that the campaign that was prepared It will deal with all occupations and encroachments on the right of way.

Al-Hajjan appealed to the owners of the violating car showrooms and scrap stores to remove them with their knowledge before starting the removal campaign by the governorate, which will take place during the next few days.

The governor directed the city’s mayor to follow up on the field and control any violation in the bud and take immediate legal action immediately. In this way, during the tour, the camel was caught, an agricultural tractor and a cyclocross throwing sprinklers on a plot of land on the agricultural road. The tractor and the truck and their owner were seized to edit the necessary records.

Goodbye Facebook.. Changing the name of the social networking giant to “Meta” Health spokesperson: It is not necessary for the third dose to be from the same previous vaccine