It restored the momentum to the Palestine issue.. 4 Arab issues, how did the African Union summit interact with it?

During the past two days, time relived what happened in the sixties of the last century, when the brown continent was buzzing with issues of liberation and solidarity with the various peoples of the earth, and at that time, the “central Arab issue – Palestine – was at the fore in the summits of the Organization of African Unity.”

With the change of positions and times, Palestine returned once again to a fundamental issue for the African leaders at their 35th summit, to which they returned to a physical presence after 3 years of absence from their headquarters in the Ethiopian capital, Addis Ababa, due to the Corona pandemic.

And if the union that inherited the organization was struck by fear of division at its 35th summit, which turned its page yesterday, February 6, 2022 due to the disputes of its countries over granting Israel an observer status in the continental organization, the issue of mercenaries in Libya troubles the Arab country that witnessed the birth of the union in its city of Sirte. Formed a presence in the deliberations of leaders, ministers and diplomats.

In addition to suspending the African summit granting Israel observer status in the organization, the final statement of the summit called for an end to the Israeli occupation, and said that the renunciation of violence can only be achieved through the two-state solution.

At the same time, the present absent Sudan – the Arab state suffering from a political crisis – was a major item in the summit of the leaders of the Organization of East and Central African States (IGAD), which was held on the sidelines of the African Union summit, while its representatives were absent in the meetings of permanent representatives, the Ministerial Council and the summit due to the suspension of membership Sudan, following the actions of the army chief, Abdel Fattah Al-Burhan, that overthrew his civilian partners in the transitional government on October 25, despite the fact that the Sudanese flag was flying in all the squares of the headquarters.

As for the issue of the Renaissance Dam, which occupies the state of Sudan and Egypt, following their differences with Ethiopia, which shares the eastern Nile Basin with them, it formed a small presence through the report of the outgoing head of the organization, the President of the Democratic Republic of the Congo.

The question is what took place behind the scenes of the meetings on these issues, and did the Arabs lose or gain?

Fears of division because of Israel

The decision taken by the Chairperson of the African Union Commission, Moussa Faki Mahamat, to grant the State of Israel an observer status in the union in July 2021, similar to Turkey, Iran, the Palestinian state and others, sparked intense controversy in the corridors of African countries.

This is a matter that several countries, led by Algeria, as well as South Africa, the largest financier of the African Union, have pushed for two things.

“The position that Faki took without referring to the summit by granting Israel an observer status is consistent with the position of his state, Chad, which has taken steps to create diplomatic relations with Israel,” an African diplomat from the capital, Addis Ababa, said on condition of anonymity.

However, the campaign led by Algeria and South Africa, with the support of other countries such as Tunisia, Nigeria and the Comoros Islands, made Faki not proceed with the usual steps to implement his decision to give Israel an observer status, which begins with inviting the country’s ambassador accredited in Addis Ababa to attend the meetings of the Council of Permanent Delegates to approve him as a representative of his country to the Union. Then the door is opened for the state to determine the level of the person it wants to represent at the leaders’ summit, and it is given an opportunity to address the summit.

Addressing the opening session on Saturday morning, February 5, Faki called for a quiet discussion of the matter and not to be dealt with politically, saying that the “search for independence” of the Palestinians is constant and can only be strengthened, and that granting Israel observer status can be a tool in the service of peace.

The same session was attended by Palestinian Prime Minister Muhammad Shtayyeh, who said clearly, “We call for withdrawing and objecting to Israel’s status as an observer with the African Union,” describing its granting to Israel as an “undue reward” for the violations it is committing against the Palestinians, and added, “Israel should never be rewarded for its violations and the apartheid regime that it imposes on the Palestinian people.”

When the African leaders went to the closed session, the differences emerged greatly, and according to a diplomat who was present at the session, he told Al Jazeera Net, “The President of the Democratic Republic of the Congo, Felix Tshisekedi, called on the president of the previous session of the Union to support the matter, followed by the President of Rwanda, Paul Kagame.

But South African President Matamila Cyril Ramaphosa described the matter as a violation of the principles of the African Union, and Abdel Majid Tebboune, President of Algeria, went in the same direction.

Then and the conversation is still for the diplomat, the matter was suspended and referred to a committee consisting of 7 heads of state, including the President of Algeria, Abdelmadjid Tebboune, to decide on it, and besides Algeria, the committee – whose composition includes countries in favor and others opposed to granting Israel observer status – includes the presidents of Senegal, Cameroon, the Democratic Republic of the Congo and Nigeria Rwanda and South Africa.

In another direction, the issue of mercenaries in Libya resurfaced in the deliberations of African leaders after the President of the Libyan Presidential Council, Mohamed Al-Manfi, called on the African Union to support plans to remove mercenaries and foreign forces from Libya, which was expressed in the report of the African Peace and Security Commissioner.

For the first time in the history of Sudan, which is one of the founders of the union, and before it the Organization of African Unity, its representatives are absent from the summit after freezing its membership in the union with 3 other countries, Mali, Guinea-Bissau and Burkina Faso, the freeze under the statute of the union that prohibits dealing with governments that seize power by force.

But the political crisis in Sudan between the military and civilian components of the transitional authority was a key item in the summit of the African Intergovernmental Authority on Development (IGAD) during the report presented by Wargni Qbio, the executive secretary of the organization, after meetings held in Khartoum, who confirmed that IGAD is conducting consultations to help the Sudanese reach a conclusion. solution to their problem.

The Renaissance Dam disappears for the first time

Since 2011, the issue of the Renaissance Dam that Ethiopia is building on the Blue Nile has been present on the summit’s deliberations, but the last summit was devoid of touching on it, except for a reference in the report of the President of the Congo – the outgoing president in the organization’s presidency – about the efforts made by the Congo to bridge the dispute between the parties to the crisis.

Mohamed Abdel Karim, a researcher in African affairs, told Al Jazeera Net, “The issue of the Renaissance Dam, one of whose parties is Sudan, whose membership is suspended, and Egypt, which reduced its representation at the summit with its Minister of Foreign Affairs Sameh Shoukry, and Ethiopia is preoccupied with its internal conflicts, and therefore the dam was absent from the important agenda.” The African summit, inviting both Egypt and Sudan, to deal again with the issue of the Renaissance Dam. 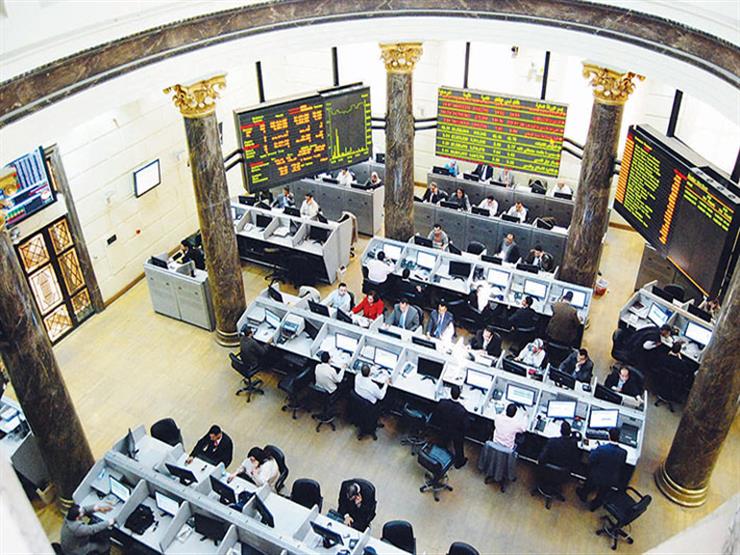 A collective decline in the stock indices at the end of trading today, Wednesday

Fact or myth.. Is your breaking and hitting of things around you useful to release anger?