Prior to the presidential candidate debate held on the 3rd, presidential candidates Shim Sang-jung of the Justice Party, Lee Jae-myung of the Democratic Party, Yoon Seok-yeol of the People’s Power, and Ahn Cheol-su of the People’s Party (from left) pose for a commemorative photo. It is noteworthy whether the final presidential election structure will change a month later according to the conclusion of the unification discussion among the candidates that has risen to the surface. Parliamentary photojournalists

After a lecture at the Korea Chamber of Commerce and Industry in Jung-gu, Seoul, Candidate Yoon met with reporters on the same day and said, “I said that I did not rule out (unification),” and said, “I have nothing else to say.” He reaffirmed his position of leaving the possibility of unification open while refraining from making specific comments.

Candidate Yoon also said in an interview with the Hankook Ilbo published on the same day, “There is no need to exclude (unification).” “It’s not a matter to be made public, but a matter to be decided between Candidate Ahn and I in a blitz.” This is interpreted as meaning that unification should be achieved through negotiations between candidates, rather than a method of organizing negotiating teams on both sides to settle the ‘unification rule’. It is also read to block the political burden and risk factors in case the unification issue prolongs.

According to Candidate Yoon’s comments, the message of the Election Countermeasures Headquarters also changed. Kwon Young-se, head of the election campaign, met with reporters at the National Assembly on the same day and said, “The candidate has a consistent idea. It is no different,” he said. It has been a day since Won Hee-ryong, head of the policy headquarters for the previous generation, dismissed it as “personal opinion” when he mentioned the need for unification the day before. Regarding the unification maginot line, “Some say it’s time to start voting, some say it’s time to print the ballot, and some say it’s open at any time until early voting. It will be somewhere in the middle.”

There are not many variables until the debate on unification of the opposition becomes a reality. Candidate Ahn, who is a party to the party, is keeping his distance, and right now, a debate for the pros and cons is in full swing within the people’s power. Rep. Lee Yong-ho, head of the External Cooperation Division of the Accompanying Committee for Government Change, told YTN Radio that “there is an overwhelming majority of opinions within the party that it should be unified. I thought it would be good to unify it with Some even suggested that he should have a discussion with Ahn for the position of ‘responsible prime minister’.

On the other hand, CEO Lee Jun-seok, who has taken a negative stance on unification, wrote on the social networking service (SNS) the night before, “On the 11th (the people’s power) there is no suggestion of unification, and no one is waiting.” Representative Kim Cheol-geun, who is close to President Lee, said on SNS on the same day, “(The discussion of unification of the opposition) is a very dangerous attempt to shake the generational unity theory (generational encirclement theory), which is Yoon’s grand election strategy. “I am skeptical that the process can actually help the election,” he said. The day before, the Democratic Party also sent a love call to unification, saying, “We are dealing with various issues with Candidate Ahn with an open mind.”

Candidate Ahn kept his distance from both sides, saying, “I’m running for the election.” Candidate Ahn met reporters at a hotel in Yeouido on the same day and said, “Yesterday I said no, but today I said yes (does it). “I don’t think it’s sincere to say this publicly,” he said. Despite the mention of unification from the Democratic Party, “we have no prior consultation or anything like that. I can’t feel the sincerity.”

The unification issue seems to be burning more throughout this week, one week before the official candidate registration (13th-14th). Prior to candidate registration is considered as the first Maginot line. After registering as a candidate, both candidates are listed on the ballot paper. If unification is achieved by the 27th, one day before the date of printing the ballot papers, ‘Resignation’ will be displayed in red in the vote for resignation candidates. Unification is possible until March 4, just before the early voting period, and March 8, one day before the election. 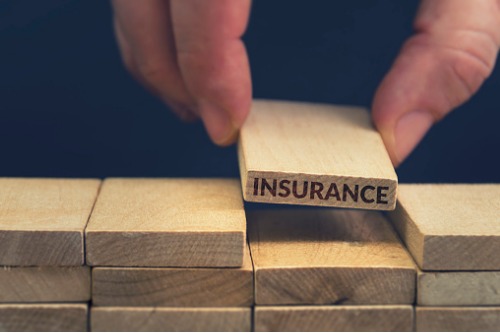